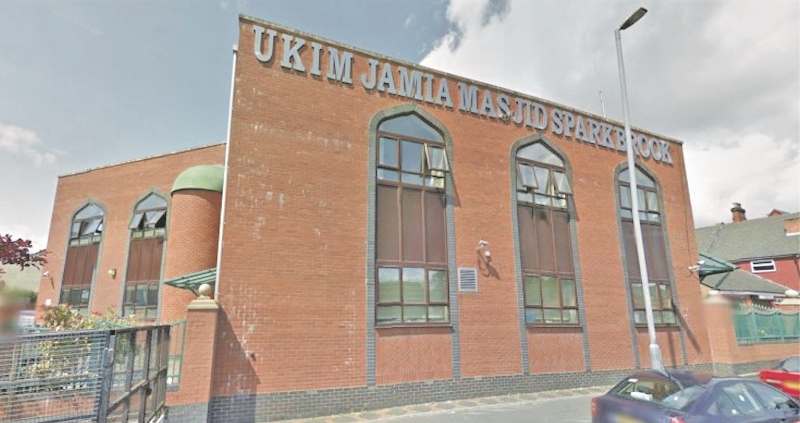 A pair of Islamic school teachers from the West Midlands, who brutally beat a 10-year-old pupil, have each been jailed for a year.

Mohammed Siddique, 60, and his 24-year-old son Mohammed Waqar were sentenced at Birmingham Crown Court last week after admitting wilful cruelty to the boy in lessons.

Judge Mark Wall QC told the pair “it would not be right” to suspend the jail terms, because a message had to be sent that such “brutality” had no place in classrooms.

He said: “Acts of brutality of this sort which you each indulged in, with a stick, will not be tolerated.”

Their victim was beaten with a plastic stick and given back-handed slaps by tutors for “talking in the classroom” or failing to properly recite the Quran at Sparkbrook Islamic centre, attached to the Jamia Mosque, in Anderton Road, Birmingham.

The assaults happened on four separate occasions, with photographs of the boy’s injuries showing “extensive” bruising to the backs of his legs.

Sam Forsyth, prosecuting, said the men’s actions came to light when the brave youngster confessed to a mentor at school.

The boy also told police “Waqar would call him names like ‘paedo’,” in the class, Miss Forsyth added.

She said the victim became so upset by what was happening, he started to “lose hair”.

Judge Wall told the men: “The use of a weapon with which to hit a 10-year-old is, and was known by you both, to be wholly unacceptable in this day and age.”

“These assaults would follow on from him talking in class or failing to read the Quran accurately.

“These assaults were committed by you in breach of a significant degree of trust placed in you by his parents and those who run the school.

“That you each assaulted him twice, in similar ways, leads me to conclude that between you, you must have decided this was an appropriate way to act towards recalcitrant children.

“These were not assaults committed in ignorance of how inappropriate it was to use corporal punishment such as this.”
The judge praised the boy for having the courage to come forward.

The victim turned up to give evidence for what was to be his teachers’ trial last month, before they changed their pleas to guilty at the last minute.

Reading a victim impact statement, Miss Forsyth said: “He describes how this has had a great effect on him, causing him to lose hair as he was getting very stressed.

“When he was bruised he would try and hide them with clothing even in very hot weather and make excuses not to go to the centre, such as having tummy ache.

“He would get very upset about small things.”

Charanjit Jutla, representing father and son, said both were of good character and deeply regretted their conduct.

He added: “Past students and other professionals speak exceptionally highly of both defendants.”

Waqar had been teaching for a year, while Siddique, who had 30 years experience, is also the mosque’s imam according to supporters who had turned up to court.

Nowroz Uddin, who has known him 25 years, said: “We’re all in shock. I pray behind him at mosque. I have never heard a bad word said about Mr Siddique, he’s always been a polite gentleman.”

Former pupil Miah Khan said: “There were times when I mucked about and he shouted at me, but I never saw him hit me or another boy in the class.”

A restraining order was made banning either men, both of Olton Boulevard West in Tyseley, Birmingham, from contact with the victim.

Judge Wall said he had no doubt the “relevant authorities” would bar the men from further teaching.

Kerry Moreton, senior crown prosecutor from West Midlands Crown Prosecution Service, said: “Parents were sending their young children to this centre as they had trust in the teachers not only to educate their children, but more importantly, to ensure that they were treated with respect and appropriately cared for.

“Mohammed Siddique and Mohammed Waqar breached this trust and subjected their students to fear and intimidation.”