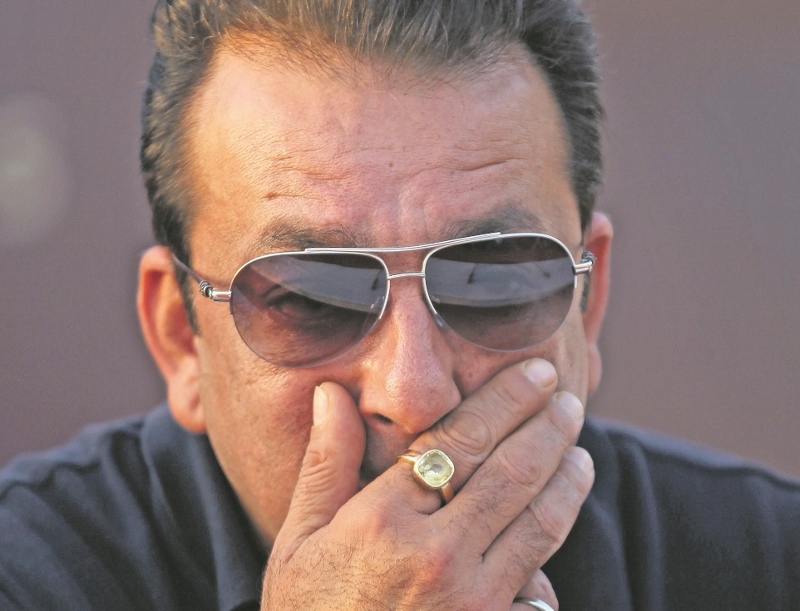 “One day I had taken heroin and went to sleep. I woke up after sometime and was feeling very hungry so asked my servant to get me something to eat. Seeing me he started crying and said that ‘baba you’ve woken up after two days.’

Bollywood’s original ‘Munnabhai’, Sanjay Dutt’s life has been nothing less than a roller coaster ride. While others would have broken down and given up hope if life had thrown such challenges at them, Sanjay Dutt believes he is the ‘chosen one’.

In a recent interview, Sanjay Dutt spoke at length about his jail term, drug addiction and many other aspects of his life.

Talking about this strange fate he said: “I feel I am the chosen one. I keep getting into trouble but keep coming out of it. God has always been there for me.

“I used to reassure myself that maybe if I was out, I would have been killed and this is God’s way of protecting me – by keeping me in jail. And so far I think I have fared well at all the tests he has taken.”

Confessing to his previous drug problems, he said that during his childhood he was sent to boarding school. Here he felt a lot more responsible and independent. He had to not only take care of himself but he also had to learn new things and recalled how everyday at the boarding school was a new challenge, a new responsibility. He was no longer that small kid who would listen to others. He knew how to take care of himself and did not like anyone’s interference in his life, not even his family.

The first time Sanjay Dutt tried drugs was when he was in college.

Recalling the episode Sanjay Dutt said: “Someone asked me to try it once, I tried it and then it remained with me for the next nine years of my life. I always used to be in my own world.

“From heroin to cocaine, I tried everything that was out there.

“I used to sniff and take pills. In the last year before my treatment started I even used to inject drugs into my body.”
Sanjay Dutt remembered the day when he had a near death experience.

He recalls: “One day I had taken heroin and went to sleep. I woke up after sometime and was feeling very hungry so asked my servant to get me something to eat. Seeing me he started crying and said that ‘baba you’ve woken up after two days.’

“When I heard this I was shocked. I went and saw myself in the mirror. My face had that drenched look and I knew it that if I don’t stop myself now I will probably die. So I went to dad and told him to save me. He sent me to a well known hospital and soon after that I was sent to America to a rehabilitation center.”

Just few days after he came back to India his drug peddler visited him. “I was shocked to see as I had not informed anyone that I was coming back. So then I opened the door and he said he had some new ‘stuff’ – and if I’d like to try it,” says Sanjay.

“It was that one moment that had to decide everything about how my life was going to be. I realised that if I say ‘yes’ now, I’ll never be able to get out of it. And so I said ‘no’.

Sanjay Dutt says: “I have become more tolerant now. Inside jail I was nobody. I used to sit and eat with robbers and thieves. It humbled me down. Broke my ego. I read the Bhagavada Gita inside jail. And my faith in God has only strengthened with time.”