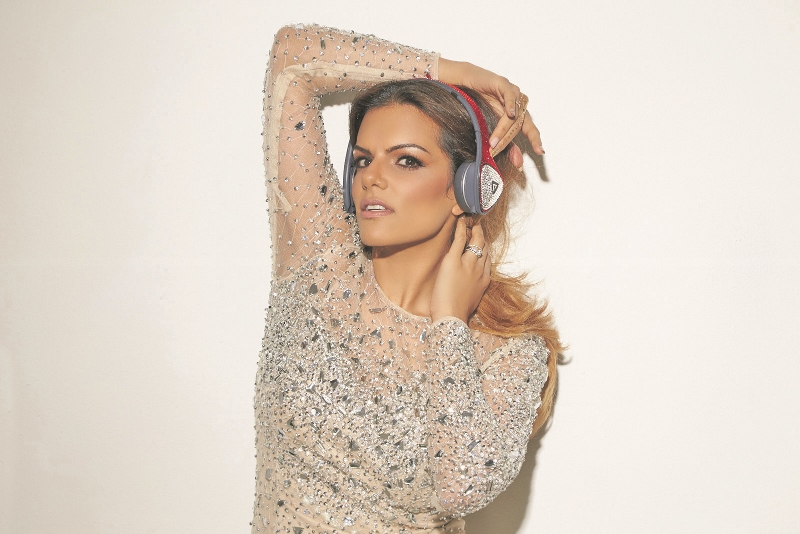 Neev Spencer is already one of the most listened to British females in the UK and now she’s been confirmed to support David Guetta at the all new venue stage at BH Mollorca.

Neev commented about the forthcoming gig on Friday 21st August and supporting the world-famous French DJ David Guetta: “I am thrilled that I will be supporting David Guetta at the all new venue stage at BH Mallorca, it’s a real honour to be on the same stage once again after successfully supporting David in India.

“I’m very proud as a female DJ and as a British Asian who is always proud of her heritage, I’m trying to push boundaries in mainstream and giving it my all is my aim in life!”

Neev is now in her 8th year at the Kiss FM radio station. From interviewing the likes of Pink, Rihanna, 1D and even David Cameron to name just a few, Neev is well know for her down to earth attitude and larger than life personality.

Off air, she has headlined in Ibiza for the last three years and DJ’s every week in the UK’s coolest spots and super clubs. Neev is also the official DJ for Nike Women and is booked frequently to DJ for brands such as River Island, London Fashion Week, Red Bull, Grazia magazine and Nokia.

As well as her show, DJ gigs and voiceover work, Neev is kept busy by her role as ambassador for several charities. She works with Dance4Life, Mencap, Women of the Future and The Princes Trust.