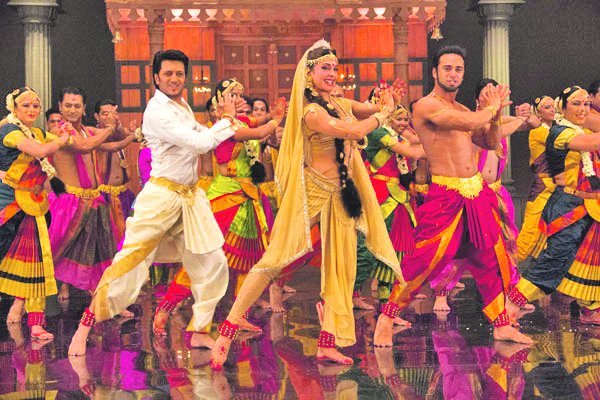 This month marks the release of ‘Bangistan’, a whip smart and uproarious satire on fundamentalism.
Bangistan is a comic tale with a strong underlying message highlighting the futility of violence, religious divisions, cultural prejudice, and promoting the message of peace, religious unity and harmony in society.

The movie revolves around rival rabble-rousing ragtag organisations, Al-Kaam Tamam and Maa Ka Dal. They recruit and brainwash Hafeez and Praveen to disrupt the International Peace Conference in Krakow, Poland, to ensure that the group that they represent is allowed to continue to wield its local influence.

For the mission, both men decide to swap their identities and faiths and, rather amusingly, end up sharing an apartment together when they arrive in Krakow to carry out their mission.
However, despite its serious subject matter, Bangistan provides comic fodder throughout and ensures audiences have enough laughs along the way.

This summer audiences will be entertained and educated in equal measure as the hysterically funny ‘Bangistan’ comes to cinema screens internationally on 31st July 2015.