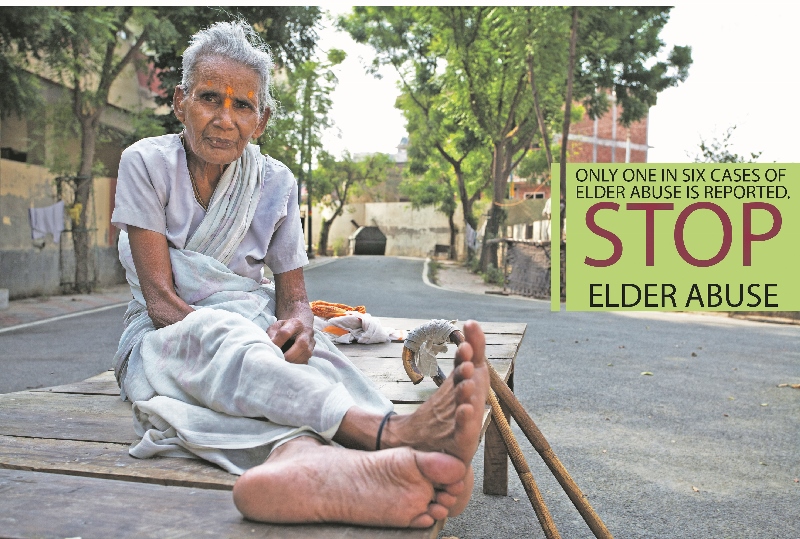 Minoti (name changed), is a widow who lives on her own in Birubari, India. She found herself alone when she refused to hand over her assets and ornaments to her son and daughter-in-law.

Like her, many others are facing abuse in the city as it witnesses a sharp rise in incidents of abuse of elderly persons in recent years.

A latest report from Help Age India, a leading NGO working to secure senior citizens’ rights, has reported that elders here are facing a huge ‘crisis’.

The report said that Guwahati has one of the highest rates of elders’ abuse among 12 Tier II cities in the country that were part of the survey last year. The elders here faced abuse ‘almost daily’.

“Almost 71 per cent of elderly people have faced abuse on a daily basis here. Another 21 per cent reported to have faced it weekly and only six per cent on a monthly basis in 2014,” the report said.

What came as another shocking finding was that the biggest perpetrators of such elderly abuse acts were their own children.

“Among the perpetrators, around 74 per cent were reported to be the sons in the family. The daughters-in-law were also active in abusing the elders with some 62 per cent involved in such abusive acts,” an official of the NGO said.

Most of them, some 68 per cent of this abuse, was ‘verbal’.
A survey carried out by several agencies pointed to the lack of adjustment and change in ethos as the prime reasons behind the trouble among the family members.

In the city, around 58 per cent of elders face abuse for at least three to five years. However, the report also mentioned that 59 per cent among them chose not to report the incidents to either police or any government agencies saying it was a ‘family matter’.