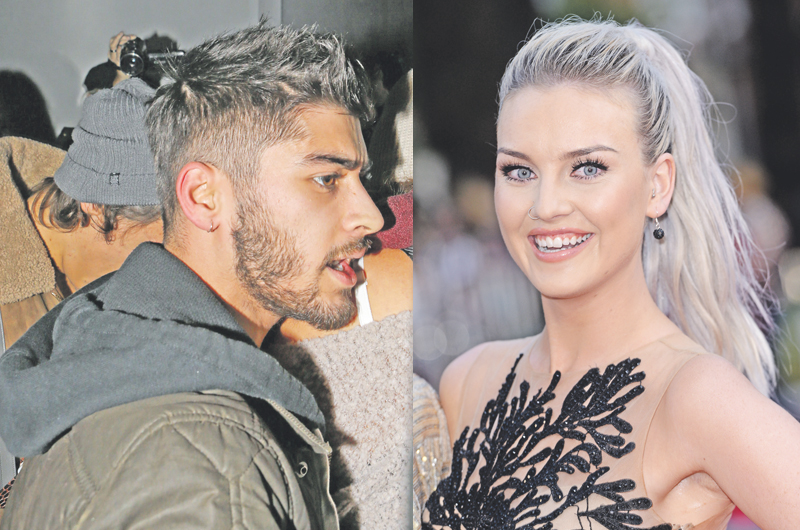 Having allegedly lost some 50,000 followers on Twitter, Bradford-born Zayn Malik, has had a fair bit to deal with since he quit the globally-successful pop group boyband last month.

The former boyband star has revealed that, in leaving One Direction, he has “let the fans down” and denies rumours of being banned from joining his Little Mix fiancée, Perrie Edwards on tour.

A source reportedly told a national newspaper: “Senior figures are worried that with Zayn being so lost and confused after his One Direction split, he will just want to hang out with Perrie to make him happy.

“Having distractions is not what (Little Mix) need. Perrie already faces dozens of media questions about Zayn, when the focus should be on their music.”

But a rep for the star denied the claims, branding them ‘absolute fabricated nonsense’ and ‘not true at all.’

Last week Zayn and Perrie went on holiday together in a bid to put Zayn’s cheating claims in Thailand behind them. Zayn shared a snap from their holiday in the sun of the pair looking loved up on his Instagram page.

And post the release of his solo single with the help of producer Naughty Boy, Zayn continues to deny that there were any rifts between the One Direction band members, saying those claims ‘couldn’t be more wrong’.

But he confessed he had wanted out of the band for some time.
He also dismissed rumours it was the beginning of the end for the band, who were put together on The X Factor in 2010, but has refused to comment on speculation he could return in the future.

Now Naughty Boy has opened up about the feud, telling a national gossip magazine that he doesn’t think Louis (Tomlinson) is being fair to his former bandmate.

“There seems to be some needless provoking going on,” he told the mag.
“(Louis) was deliberately adding to the provoking. I don’t think that’s fair. Especially on Zayn, that’s not fair.”

He continued: “Right now, there needs to be calm. He could have said that to me privately. Doing it openly is another act of provocation that’s not needed.”

Naughty Boy went on to say that Zayn had been under huge amounts of pressure and that he had been there for him as a friend.

“I’ve been his friend,” he explained. “He needs one. Just because we were seen at my studio – you (don’t) necessarily just make music.

“People seem to forget that he’s under so much stress. Which is why he left the tour. There’s a lot going on. People get caught up – what he has done is to be normal.

“Sometimes being normal is to try and sort things out with your fiancée or hang around with a friend. That is normal.”

People with ‘hidden disabilities’ may soon be eligible for Blue Badge...