It was the perfect end to a glittering One Day International career for Australia captain Michael Clarke as he lifted his nation’s fifth World Cup title after a dominant seven wicket victory over New Zealand.

The two host nations were the deserved finalists of this year’s World Cup tournament, charging through their opponents in every round and setting up a highly anticipated final.

With momentum behind both sides, a close game was expected yet when New Zealand opted to bat first and found themselves at 39-3, the story appeared to be rewritten.

Brendon McCullum was dismissed for a duck whilst fellow opener, Martin Guptill, made just 15 runs from 34 balls.

A 111-run stand from Ross Taylor and Grant Elliot steadied the ship somewhat, taking the score to 150 before a collapse of seven wickets for just 23 runs, resulted in a final score of 183 all out.

Australia made the chase look easy, and when Clarke exited the wicket with a score of 74 runs from 72 balls, the 93,000 in attendance stood up to applaud the exiting skipper.

Speaking to reporters the day after their victory, Clarke praised the efforts of all the players who lived up to their tag as ‘pre-tournament favourites’.

“And I think the boys should be really proud of what we’ve achieved.”

Defeat leaves New Zealand still in search of their first World Cup title whilst Australia have now won four of the last five contests to cement their place at the top of the sport.

West Indies and India (two apiece), and Pakistan and Sri Lanka (one each) are the other nations to have found success in the competition. 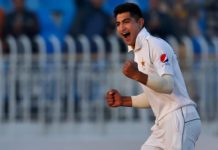 Putting a ‘spin’ on multifaith