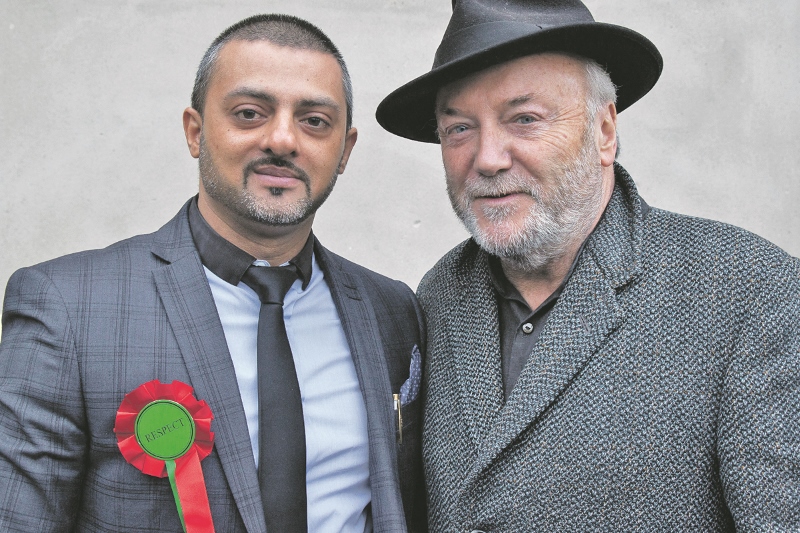 Four Independent Bradford councillors, who resigned from their party in October 2013 due to ‘unresolved issues’ have announced their return as the presence of Respect grows in the city.

The councillor’s decision to rejoin the party was officially announced by the group’s leader, Bradford West MP George Galloway, at the end of last month.

In a written statement he said he was delighted to welcome back his ‘comrades’ ahead of the May elections.

“I am delighted to welcome our four comrades back and looking forward to working with them in the future,” Mr Galloway said, adding: “I am confident that this won’t be the last such announcement.”

The four councillors were originally elected to their positions after Mr Galloway’s sweeping 2012 by-election victory which he won with a majority of more than 10,000 votes.

However, in August 2013, the councillors, alongside Cllr Mohammad Shabbir who has opted to remain an Independent, resigned from Respect amidst claims Mr Galloway accused them of ‘attempting to sabotage the party’.

Mr Shabbir and Mr Ishtiaq had also been suspended the previous day over alleged criticism of the MP’s supposed plans to stand as London Mayor in 2016.

All four councillors released a joint statement explaining their decision to perform a political u-turn which sees them rejoin the party after more than 18 months as independents.

It read: “After much consideration and reflection over the last few months we are pleased to announce that we will be rejoining the Respect Party in Bradford with immediate effect.

“In October 2013 we resigned from Respect due to unresolved issues within the party, these were mainly administrative and operational issues and we had since remained as Independents in Bradford Council.

“In essence these fundamental issues have now been resolved through intense dialogue initiated by Respect officials and a clear strategy has been formulated to move the party forward, taking this into consideration we feel it is the appropriate move for Bradford and our respective ward members, regrettably other mainstream political parties have failed yet again to demonstrate that they actually represent the best interests of the ordinary working class, and this is clearly demonstrated by the dire education situation in Bradford which they have failed to recognise and tackle.

“It is our intention to continue working for people from all backgrounds to help drive a broad set of policies focussed on things that matter to people – the local economy, education, health, quality of life and robust long-range planning.

“Needless to say we will remain committed to the electorate and will continue to advocate for the citizens of Bradford, and work hard for the interests of our constituents and we will continue to represent them in Council on the issues that affect them in the District just as we have done over the last three years since being elected.”

In total, five councillors are now representing Respect on Bradford’s council with Asama Javed, who defected from Labour to join the party last month, the other addition.

Parcels of plenty: Sikh community raise over £300 for Bradford’s foodbanks