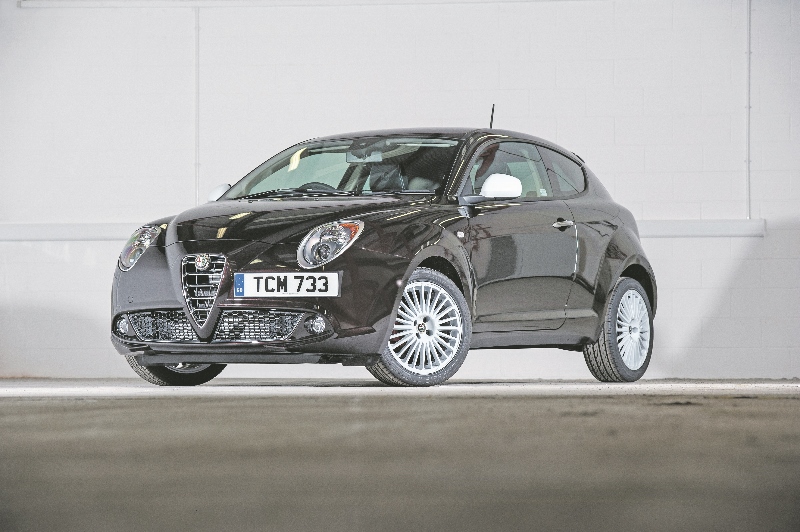 Building on the comprehensive revisions made to the Alfa Romeo MiTo in 2014, the new MiTo “Progression” makes the dream of owning a new Alfa Romeo more attainable while the sporty new “Junior” recalls the legacy of the 1966 Alfa Romeo GT 1300.

It may be the new entry point into the Alfa Romeo range, but the MiTo Progression comes equipped with the high levels of features expected of a premium hatchback including air conditioning; a leather steering wheel and gear shifter and Alfa Romeo’s Uconnect™ five-inch colour touch screen infotainment system with Bluetooth®; voice recognition; USB / auxiliary inputs and steering wheel remote controls.

In terms of safety, the MiTo Progression is equipped with Vehicle Dynamic Control (stability, braking and traction control with hill-holder), TPMS (tyre pressure monitoring) and seven airbags, while its undeniable visual appeal is further enhanced with 15-inch alloy wheels, a rear spoiler and titanium grey headlight and rear light surrounds.

The Alfa Romeo MiTo Progression is offered with a choice of engines including the insurance-friendly 78hp 1.4-litre engine, which is reintroduced with Start&Stop and EU6 certification resulting in an official combined fuel economy figure of 50.4 MPG and CO2 emissions of 130g/km.

The new Alfa Romeo MiTo Junior aims to broaden the appeal of the MiTo range still further by offering stylish but attention-grabbing looks within an affordable and insurable package. It builds on the high specification of the MiTo Progression but adds 17-inch alloy wheels with a brilliant white finish as well as matching door mirror caps and distinctive new “Junior” boot decal, also finished in white.

Other enhancements include front fog lights; a sports rear bumper and satin-effect door handles with matching headlamp and tail-lamp surrounds, while the interior benefits from special Junior upholstery, Junior floor mats and a flat-bottom sports steering wheel with contrasting stitching.

The Alfa Romeo MiTo Junior was inspired by the stunning Alfa Romeo GT 1300 Junior from 1966 which combined the gorgeous looks of the Giugiaro-styled 105/115 Series coupe with a small-capacity version of the legendary all-alloy Alfa Romeo Twin-Cam engine.

Developed with Italian taxation in mind (which penalised larger engines), the Junior GT 1300 amassed 91,000 sales (accounting for 69 percent of all 105/115 Series built) and has become very collectable in its own right thanks to its purity and character, as well as the larger number of enthusiasts whose earliest Alfa Romeo memories are of that very car.

Motorists to have say on laws surrounding driverless cars