Young people bring art to the heart of Bradford

A new piece of exciting artwork is now on display in Bradford after a team of youngsters from the city came together to spread a message of ‘peace’ through art.

After months of planning, and weeks of workshops, a final piece of art was produced, constructed out of tiles and reading ‘salaam’, translated to ‘peace’ in English.

On hand at the event were the budding artists, parents, residents and staff from Manningham Housing Association as well as Razwan.

The passionate artist said he has worked previously with the group yet this year’s initiative, funded by the Arts Council, was much bigger than anything anything he had undertaken with the group before.

He explained: “I have been involved with Manningham Housing Association previously through doing drop-in sessions as well as entertaining at the annual mela.

“This time, we decided to do something a little different and attempt to fuse my passion of traditional calligraphy with a more modern approach.

“The final design idea was from a young primary school pupil called Sehar Khan, and it is based on the work of artist, Piet Mondrian, who made the Broadway Boogie Woogie.”

In total 23 young people, aged from primary school age to 18-years-old, were involved in the project which also included a number of workshops looking at different types of art, and trips to local museums in Wakefield.

Razwan added: “It was great to have so many young people involved with the project and they were all so enthusiastic.

“I really enjoyed working with everyone and I am sure that the phrase ‘Boogie Woogie’ has never been heard so much in Bradford.”

The Bradford Boogie Woogie is now a permanent fixture in the city. 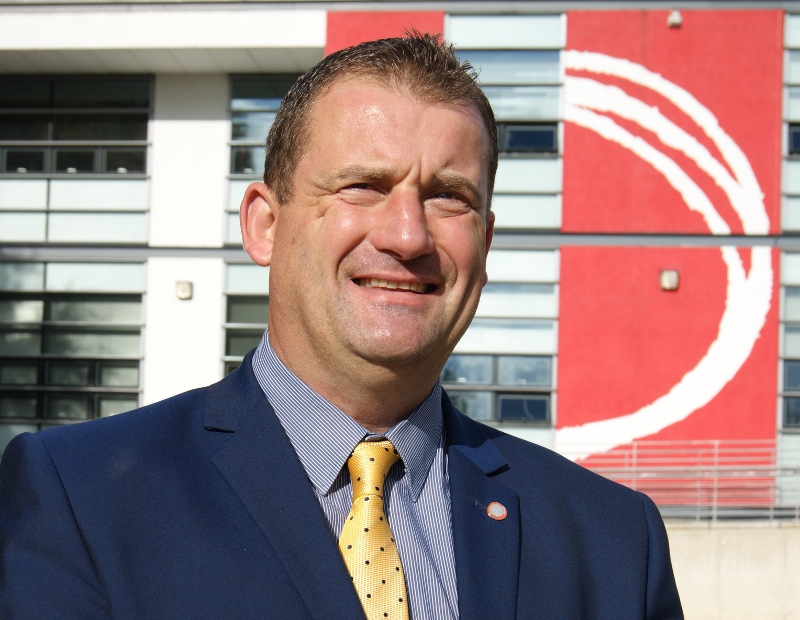 Leading by example: Principal praised as school taken out of special measures

The perfect location for your perfect day