Volunteers return from Jordan after week of caring for Syrian refugees

A passionate volunteer from Leeds was accompanied by eleven other like-minded individuals earlier this month as they delivered vital aid to those most in need at this time of year.

23-year-old Hiba Tokan, from Adel, arrived back home last weekend after spending seven days with Syrian refugees in Jordan who have been forced out of their homes due to the civil war.

As part of the Bradford-based Human Relief Foundation (HRF), the volunteers travelled to see some of the world’s most vulnerable in refugee camps and host communities.

Describing the trip as the ‘most eye opening, heart wrenching and rewarding experience’, Hiba explained one incident in particular which left a lasting impression.

“During the first distribution of blankets and food packets, we spoke to two men,” she said.

“One of them used to be a human rights lecturer at Damascus University. He told us that his son had seen the neighbour’s child eating a banana the day before and had asked him for one.

“The father said he was very upset, because he couldn’t even afford to buy a banana for his son.”

Throughout the week-long visit, the HRF team helped distribute more than £25,000 worth of aid in the form of food, blankets and toys in Aljoon and Aqaba, as well as in the Cyber City and King Abdullah Park refugee camps.

The volunteers also visited Zaatari, the biggest refugee camp in the world, and just one of the many which the HRF work with on the ground, in supplying meals to 66,000 Syrian refugees every month.

A number of accounts were told to the volunteers at the different sites, including husbands who spoke of being forced to witness their wives and daughters being raped in front of their eyes.

The story of two disabled children, Luqman and Ahmed, who had recently had their medical assistance cut, moved the volunteers so much that they teamed up to raise over £10,000 in donations to fund their rent and their treatment for over a year.

Merna Khalil, who was born in Bradford but is of Syrian descent, was also part of the travelling convoy of volunteers.

She commented: “I realised on this trip that we take things for granted every day.

“Small things, like the fact we know we will be coming home to a meal every day and can get up and have a snack whenever we are hungry, whereas Syrian fathers have to deny their kids simple things like bananas.”

Human Relief Foundation was founded in 1991 in response to the war in Iraq.

The charity has seven international offices and counts the World Food Programme, the United Nations Development Programme and the European Union amongst its partners. 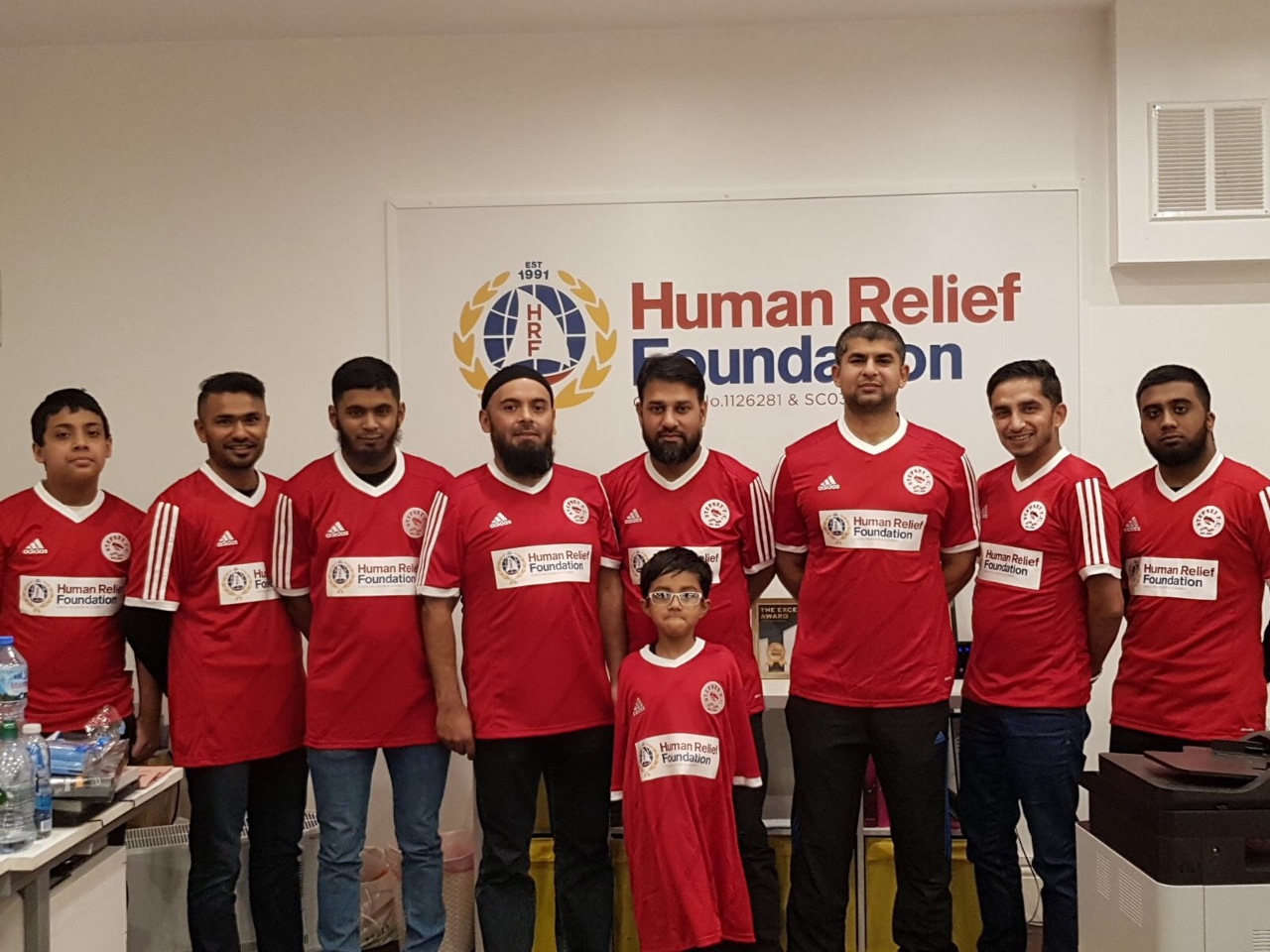 4.1 million hours of work put in by volunteers