A new appeal by the NHS Blood and Transplant team is calling for Asian people across the UK to become ‘Christmas List Lifesavers’ this winter by registering as organ donors.

Whilst many people are looking forward to unwrapping presents and spending time with their families this festive season, regardless of their religious heritage, 6,891 people on the transplant list are hoping for the gift of an organ.

Amongst those, 1,077 are from Asian backgrounds, and with a low number of BME donors currently registered, it is hoped the festive season may allow people to contemplate giving something extra special.

Locally, there are people looking for a donor, including Choudry Mohammed Ikram, from Wakefield.

The civil engineer has been on the kidney transplant list for the past three years at Leeds’ St James’s Hospital and needs evening dialysis treatment three times a week.

Mr Ikram said there are many different Islamic scholars who have given differing views on organ donation yet hoped others would listen to his message.

He said: “My own view is that the Prophet, Peace Be Upon Him, said to save a life is one the highest duties you can carry out.”

This year’s ‘Lifesavers Christmas List’ campaign has been launched after it was once again highlighted that Asian people are more likely to need an organ transplant than the rest of the population.

New figures show that 326 Asian people have died on the waiting list in the last five years because of the lack of suitable organs.

Sally Johnson, NHS Blood and Transplant’s Director of Organ Donation and Transplantation, said it was a sad statistic but one which could be amended if people signed up to the register.

“Sadly, fewer people from black, Asian and minority ethnic groups agree to organ donation which means that people from these communities often wait longer for a transplant and are more likely to die before a suitable organ can be found,” she said.

“We urge Asian people to find out more about organ donation, to sign the Organ Donation Register, and to tell their families about their decision to donate.”

Last year, only 36 per cent of black, Asian and minority families agreed to allow their relative’s organs to be used, compared to an average of 59 per cent for the overall population.

449 Asian patients across the UK have received a transplant from a deceased donor already this year thanks to families agreeing to donate a loved one’s organs. 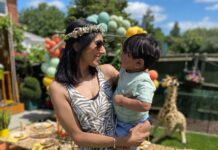