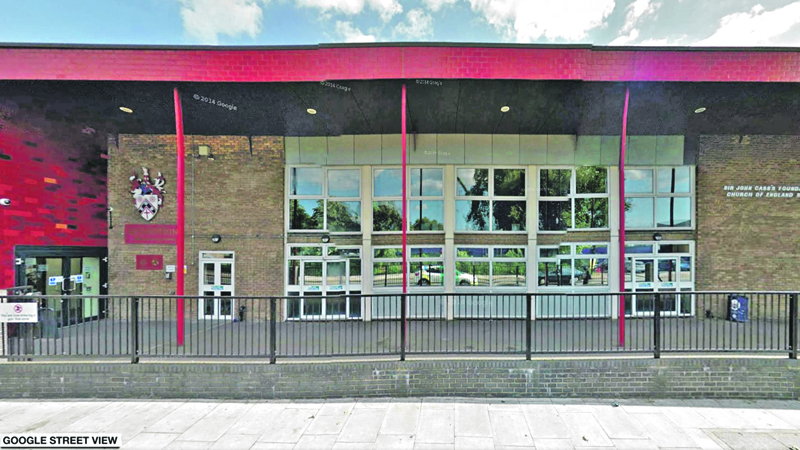 An east London Church of England school, which serves a large Muslim community and was previously graded outstanding is expected to be put into special measures over concerns about its sixth-form Islamic society.

The school in Stepney – Sir John Cass Foundation and Redcoat school, in Stepney, east London, is believed to have failed an Ofsted inspection due to its sixth Form Islamic society’s Facebook page which had links to a radical preacher.

It is also claimed that the sixth form society set up a YouTube channel which was not adequately monitored.

Now the education watchdog will publish reports on seven schools after carrying out a series of unannounced inspections in Tower Hamlets, and is expected to include a number of independent Islamic schools.

The no-notice inspections were carried out at the request of the Department for Education and are not part of the standard inspection regime.

It follows the Trojan Horse investigations into allegations that schools in Birmingham were being targeted by groups promoting a hard-line Muslim agenda.

Allowing the segregation of boys and girls in play areas has also been highlighted – but this has been in place for several years. Previously the Ofsted report commended how students from “diverse cultures work so well together, having developed excellent codes of behaviour and respect for one another in and out of lessons”.

“This is reflected in the very low level of racial incidents and exclusions for a school of this size,” said inspectors.

Ofsted says more than 90% of pupils at the school are from ethnic minority groups, with the majority from Bangladeshi backgrounds.

Tower Hamlets council said it could not comment until the reports for all the schools are published.

But director of education Robert McCulloch-Graham said: “We note that of the schools inspected, only one is a publicly-funded maintained school.

“As is common practice, we will work with the leadership of this school to address any issues identified by Ofsted.

“As a local education authority, we have no jurisdiction whatsoever over teaching and standards at independent faith schools. This is Ofsted’s area of responsibility.

“We do, however, have responsibility for safeguarding all children in the borough and have always exercised our safeguarding duties to the full.

“The council and its partners have worked extremely hard to build the cohesive community that is Tower Hamlets and will do whatever is necessary to ensure that this continues.”