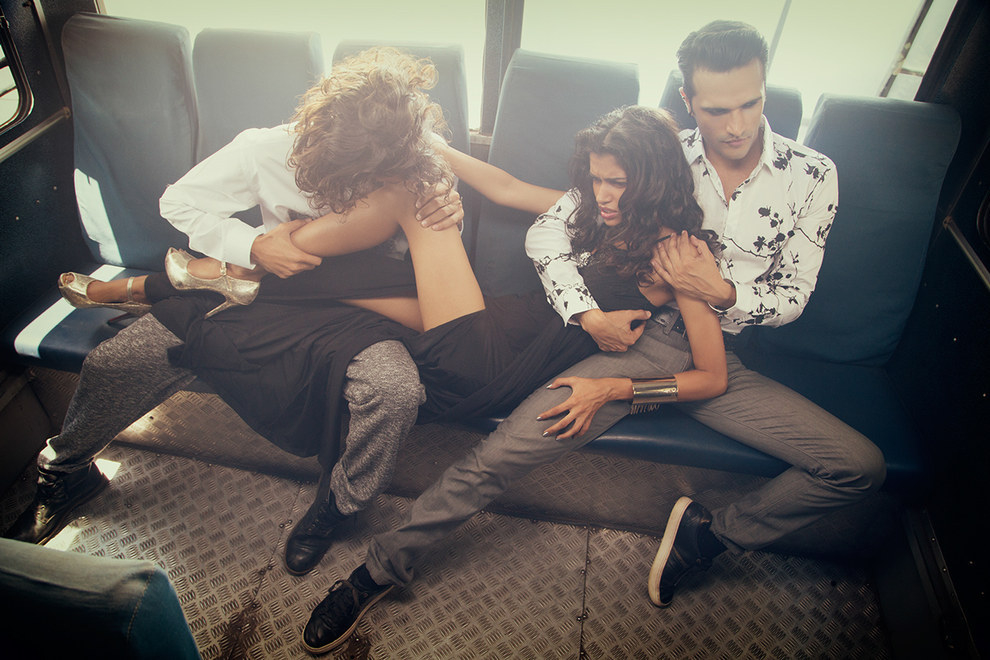 A Mumbai-based photographer, whose fashion shoot showing a woman being groped on a bus has caused outrage, with social media users saying it glamorises the 2012 Delhi gang rape.

Raj Shetye’s images depict a model fighting off men on a bus, with thousands of people on social media stating that said they found the photos “disgusting” and “horrible”.

Shetye has defended himself saying that the fashion shoot was his depiction of the situation of women in India and it wasn’t based on the rape and murder of the Delhi gang rape.

Atiya Zaidi posted on Twitter: “ Shame on you Raj Shetye. The whole country spits on you and your team”, while Ashtosh Tiwari said “ India photoshoot on bus in very bad taste. Sick twisted person to recreate horrific abuse/rape of woman as “art”… shame on you”.

Four men were sentenced to death with a fifth – a juvenile at the time is serving a three-year sentence for the rape and murder of the 23-year-old physiotherapy student, dubbed Nirbhaya (fearless). Her ordeal prompted weeks of protests with people participating in the thousands, forcing Indian authorities to introduce tough new anti-rape laws.

Shetye has been hugely criticised after he published his photo-feature ‘The Wrong Turn’, with many questioning why and how the photographer had thought this subject was appropriate for a fashion shoot. Many have called for him to be prosecuted.

Managing Editor Andleeb Hanif says: “Depicting rape has been a heavy tradition in the Bollywood and Lollywood industries – mostly during the 80’s and 90’s. In fact it was so common that I remember that when I was a child, I could prevision such a scene as soon as the actress was being hassled by a group of men. My mother would hurriedly grope for the remote control to fast forward. I didn’t understand the full context of what was happening but I knew it was wrong, very wrong. We need to ask questions about why the ‘rape culture depiction’ exists in the first place.”

“I am an Allahabadi goonda”

INDIA’S CRACKDOWN: It’s all about the money!