Ten weeks after a Welsh schoolgirl was reported as missing, police have suspended all physical searches.

19-year-old Nida Naseer was reported as missing from her home in Pill, Newport, on the 28th December following a family row.

Gwent Police have been leading the investigation and due to a lack of new evidence have been forced to cancel any physical searches yet state there are still 15 officers and staff working on the case.

Nida is believed to have gone missing after an argument with her parents after not being able to attend university as, due to being a failed asylum seeker, she could not receive any funding and her family could not afford the fees.

A Gwent police spokeswoman said officers are still pursuing several lines of enquiry and their appeal for any information from the public remains.

The spokeswoman said: “The initial searches involved specialist officers searching a number of locations in the Pill area of Newport.

“The investigation has also involved house-to-house enquiries and ongoing reviews of CCTV from in and around the area.

“We are continuing to work closely with Nida’s family, and we are providing support to them at this very difficult time.”

The teenager is of Asian-Pakistani appearance and has long dark hair, is slim and is 5ft 3inches. She was last known to be wearing blue jeans and a black top.

Her disappearance is described as being ‘out of character’ and she requires medication otherwise she is likely to become anaemic.

“She shakes all the time and the family are really devastated,” he said. “It’s a very, very sad scenario. I wouldn’t wish it on my worst enemies.”

He added: “This family deserve more help and support than they are getting at the moment.

“I hope and pray for Nida’s safe return every day. The family are deeply traumatised and it has had a devastating effect on the whole community.”

Anyone with information can contact police via the 101 telephone number or Crimestoppers on 0800 555111. 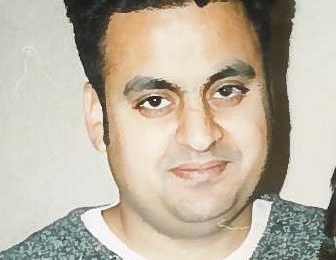 8 years of waiting: Family appeal for answers in case of father’s death

Missing for over a month, family make emotional plea for...