With fewer than 100 laps completed by all drivers earlier this week at the first day of the Jerez test, Force India’s new VJM07 car will have to wait to be tested to its full potential.

The F1 sleeping giants were just one of the teams who were made to wait on the first test day of the new turbo era, with Sergio Perez only completing 11 laps in total.

Nico Hulkenberg was forced to wait until Thursday before trying out his new wheels, whilst Perez got to grips with the model throughout Wednesday’s session.

Speaking after a long, drawn out day one, Sergio Perez said: “As expected it has been quite a slow day for everybody in Jerez.

“The main job was to learn as much as possible each time the car went out so that we could identify and solve any issues. It was not really possible to get a feeling for the car because we only did a small number of laps, but the important thing is that the car is up and running.”

The former McLaren driver recorded a best lap time of 1:33.161, notching up a total of just over 48km throughout the whole day.

Andrew Green, Technical Director for Force India explained how, despite only managing a few laps, the constructors have been able to take away a lot of lessons from the day.

He said: “Tuesday’s laps were a key first step for the development of the VJM07.

“There’s still a long way to go, but we have been able to start checking all the new systems on the car, especially the power unit and the gearbox.

There have been a few teething problems, which is to be expected with a new car, but we’ve already learned a great deal in just one day. The plan for tomorrow is more of the same as we continue to get miles on the car.”

Nico Hulkenberg is set to have his first drive on Thursday whilst Daniel Juncadella will get behind the wheel on Friday. 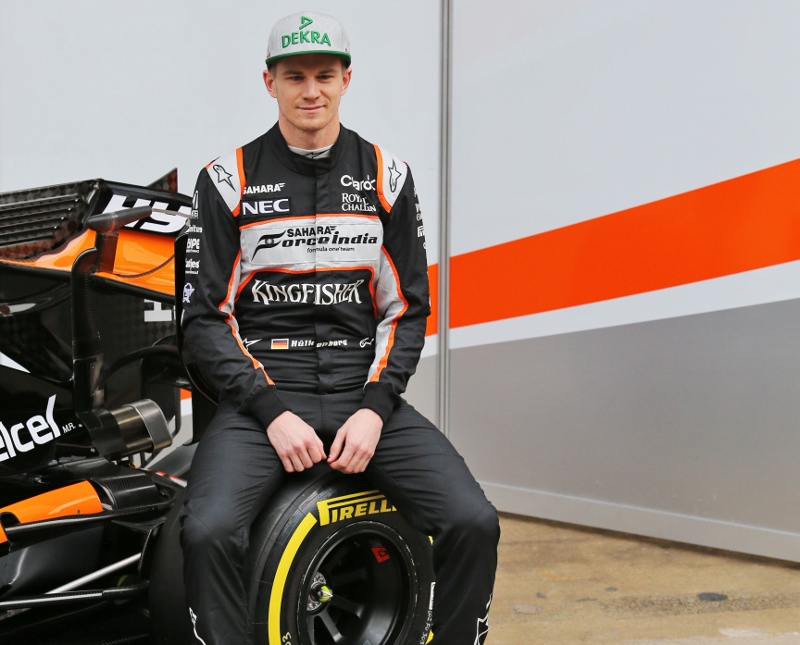 Return of the incredible Hulk-enberg