After the shocking murder of a man, wrongfully labeled as a paedophile, the police watchdog has decided to widen its investigation into the treatment of the victim.

Bijan Ebrahami was murdered last year before his body was set on fire by his attacker.

Lee James, 24, of Capgrave Crescent, Brislington, who admitted murder, was jailed for a minimum of 18 years, whilst Stephen Norley, 25, admitted assisting an offender and was given a four-year jail term at Bristol Crown Court, in November.

Prior to his death Mr Ebrahami had repeatedly contacted Avon and Somerset Police for help and now the Independent Police Complaints Commission (IPCC) said it ‘remained vital’ that it got to the truth.

The IPCC said it was expanding its probe – to include officers’ treatment of the 44-year-old, both in the run-up to his death last July and in previous years.

The watchdog said three police constables, who visited Mr Ebrahami the day before his death, have been interviewed under caution for the potential offence of misconduct in a public office.

IPCC commissioner Jan Williams said: “As well as interviewing officers the evidence has dictated that we must look at the force’s policy and approach to these sorts of incidents and complaints and any potential organisational failings that Avon and Somerset need to deal with.

“I know that the chief constable of Avon and Somerset is keen to expedite matters as soon as possible, both in terms of the individual officers concerned and in restoring the confidence of the wider community.

“My priority is to ensure a thorough and effective investigation that benefits the family, the wider public, the community and the police.

“We hope that a witness appeal later this month will assist us further,” Ms Williams added.

However, Avon and Somerset’s police and crime commissioner, Sue Mountstevens, added her concern regarding the amount of time spent on the investigation, yet did welcome the ‘thorough’ review.

“I am now told it may not be until May and I am concerned with the length of time Mr Ebrahimi’s family are waiting for answers,” she said.

“I would imagine that many local people may feel that this investigation has been pushed into the long grass.
“With the spotlight firmly on the integrity of policing, it is vital the IPCC reports back to the family and local people as soon as possible.” 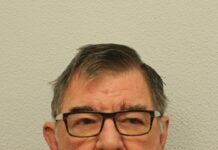