A team of English firefighters are set to embark on a different type of challenge later this year as they attempt to extinguish any bad habits that exist within the Pakistan Fire Service.

Spearheaded by the Asian Fire Service Association (AFSA), a group of between five and seven volunteers will head out to South Asia in April on a fact finding mission to build up a clear picture of what needs improving in Pakistan.

The team will visit the Punjab, an area which has some of the best access to fire stations in the country, for a short visit to better understand the current level of performance.

With a number of factory fires tearing down buildings in the country recently, alongside the 2013 earthquake, fire prevention and disaster management will be top of the agenda for the crew.

Kirklees District Prevention Manager, Mohammed Ali, was selected as Project Manager for the trip and has regularly visited the country in the past.

Alongside members of the Greater Manchester Fire and Rescue Service, Lancashire FRS and Tyne and Wear FRS, he will visit the country in the Spring to begin work on the Punjab Project.

The 40-year-old Bradford resident was proud to join the initiative and hopes it will be a long-term project which will expand into further areas in Pakistan.

Explaining why he got involved with the Punjab Rescue project, Mohammed said: “From the first time I heard about the project I was very interested in not only being able to utilise my skills but also help others.

“Here in West Yorkshire we have many ethnic minority residents with families over in the Punjab and Kashmir areas, I myself am from Kashmir.

“Seeing people die in these areas through fire, because the wrong infrastructure, or no infrastructure, is in place to deal with emergency, gives me that bit more motivation to go out there and help. If we help save one life, we have succeeded.”

Mohammed has been with the fire service for more than ten years yet has never been involved with such a pioneering project. Alongside representatives from fire stations up and down the country, he will be one of the first people tasked with building the relations between the two countries.

As well as ‘looking forward’ to embarking on the trip, he explained what the team would exactly be doing during the first visit.

“What we will do when we are out there, amongst other things, is a risk assessment,” he said. “We will look at different parts of the operational side, record the findings, come back here and review where the current standard is at, what needs improving and how best to advance.

“We want to ensure that their fire crews are operating at an international level, so hopefully we will build a training package around what needs improving and then send out another team in September or October who can then start to implement and deliver what we have agreed on.”

He added: “Eventually it would be great if we could send over resources for these trained staff to use, and then even roll out the project into other areas of the country.”

To fund the trip, a special evening of entertainment is planned to take place on 14th March at the Aagrah Midpoint Restaurant, Bradford, which will act as a fundraising effort for the cause, as well as an Africa expedition project and Waterwell project.

Singer/songwriter, Husnain Lahori, is set to headline the night, with food also served up from the famous Aagrah kitchen. 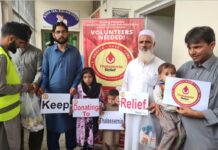 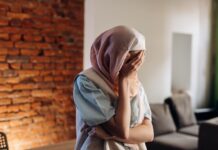