After renowned actress Meera Syal joined the fight against cancer, a former sufferer of the disease has spoken to the Asian Express about the importance of checking for the signs.

Ranjna Morjaria was diagnosed with breast cancer in 2008 after finding a lump during a routine check of herself.

Despite having no family history of the disease, the 62-year-old explained that she made it a routine to check herself after seeing a mammogram leaflet from the NHS.

As the ‘pebble-like’ lump was spotted early, when Ranjna went to the doctors she was told that she did have breast cancer but due to an early prognosis was able to start treatment just three to four weeks later.

After six months of treatment, including surgery, chemotherapy and radiotherapy, the mother of one was given the all clear and was even able to return to work.

Now Ranjna, from India, is urging women from south Asian backgrounds to regularly check themselves and take advantage of mammogram invites because they could ultimately save your life.

She explained: “South Asians have to get rid of the misconception that cancer equals death and that people who get cancer have it because they have done something bad.

“I would encourage others to visit their GP, sit up and take notice. Do not ignore mammogram invites and self-examine monthly. It is not always hereditary and instead could be as a result of something like stress or hormonal related.”

Ranjna still checks both breasts, after being treated on a regular basis, and continues to live a full and healthy life surrounded by her loved ones.

She is now involved in raising awareness of the disease and hopes the work with the ‘Be Clear on Cancer’ campaign will act as a catalyst for more women to spot the signs early.

“I got involved [with the Be Clear on Cancer campaign] at our regular day time meeting of Asian Women’s Cancer Group (AWCG) which is a support group for Asian women who have been through any type of cancer,” she said.

“The AWCG were extremely helpful after my cancer treatment and now that I am better, I feel I need to help raise awareness in the hope of early diagnosis leading to timely treatment and lives saved.

“Again it is very essential to spread awareness of early symptoms as Asian women tend to be shy and therefore do not willingly go for regular mammograms and cervical smear tests when invited to do so by the National Health Service or to their GP if they spot blood in their urine or stools.” 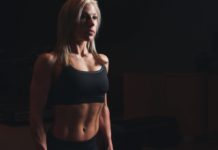 Celebrating some of the region’s top iconic Asian women determined in...