In what seems like a record-breaking week for Asian storylines, three of the most watched programmes on television have all focused in on the new families on the block.

Perhaps most notably, on Wednesday 15th January, the long-awaited return of the controversial Kumar’s finally arrived. With almost 400,000 people tuning in to Sky One, Madhuri and the gang returned to evening entertainment for the first time since 2006 when they left BBC2.

The only difference now is that the family no longer resides in their Wembley home but above the father’s Hounslow gift shop. Guests on the opening show included Daniel Radcliffe, Olivia Colman and a rare appearance from Chevy Chase.

Seven years ago the general consensus was that ‘you either love them or hate them’, and now it seems nothing’s changed with a huge variation of responses on social media about the Kumar’s.

Elsewhere, back on terrestrial TV, Rakhee Thakrar debuted as Shabnam Masood on Eastenders as the character made a return to Albert Square for the first time since leaving in 2008.

Zahra Ahmadi, who used to play the role, left after just 14 months because of a lack of storylines yet the new Shabnam already looks to be offering a new venture for the outspoken resident.

On Tuesday, Shabnam told her father, Masood Ahmed, that he shouldn’t have dated a white woman (Carol). Cue the complaints.

The BBC acknowledged the complaints yet stuck by the storyline adding that the matter is due to be tackled in upcoming episodes.

“We received complaints from some viewers who were unhappy with a comment made by Shabnam…,” a BBC statement read.

“Shabnam has returned from Pakistan with a renewed religious faith, devoutness and with some strong views. In this episode, Shabnam’s comments came from her personal beliefs, but as viewers will see in future episodes, she is strongly challenged on her views by her father Masood.”

With both shows showing heightened interest it is Coronation Street which will be welcoming a piece of history to their soap next as the street’s first Muslim family gets ready to move in next month.

Jimi Mistry, who currently plays fitness trainer Kal, will welcome his family to ITV’s most famous cobbles as Corrie prepares to open its doors to some new cast members.

Marc Anwar, who recently appeared in Hollywood blockbuster Captain Phillips, is the only named family member so far, and will play Kal’s father, Sharif.

With Asian television stars rising up the ladder, watch out for exclusive interviews in upcoming issues of the Asian Express with some of the screen’s biggest names.

What Twitter is saying!
It seems not everybody was overly impressed with the return of Number 42’s former residents but please let us know what you thought of the show by tweeting us @AsianExpressUK

Sonia Bhatia
The #Kumars just wasn’t the same :(…bring back Goodness Gracious Me!!!

Elizabeth Wright
Some things are better in the past 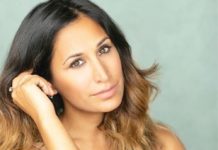 Preeya Kalidas set to return to the West End stage

Preeya Kalidas set to return to the West End stage