Tributes continue to pour in for the Pakistani teenager who is being hailed a ‘hero’ and ‘braveheart’ as was killed when he tackled a suicide bomber targeting his school.

15-year-old Aitzaz Hasan, was with friends outside his school in the Ibrahimzai area of Hangu district, when they spotted a man wearing a suicide vest. There were almost 2,000 students in attendance at the time of the attack.

Despite the pleas of his fellow students, he decided to confront and capture the bomber who then detonated his vest.

There have even been calls for him to receive the highest award for his courage.

Pakistan’s Prime Minister Nawaz Sharif has recommended a bravery award – the Sitara-e-Shujjat, which can only be awarded once Pakistan’s president has approved it.

“Shaheed Aitizaz’s brave act saved the lives of hundreds of students and established a sterling example of gallantry and patriotism,” a statement from the prime minister’s office said.

Local authorities have also said they will offer compensation for Aitzaz’s family.

His family insist that rather than focus on the sorrow brought about by his death, they want to focus on their pride in his actions.

On Twitter, users have been paying tribute to Aitzaz using the hashtags #onemillionaitzaz and #AitzazBraveheart echoing the language used online around figures such as Pakistani education campaigner Malala Yousafzai and the Delhi rape victim, whose death galvanised Indian public opinion and prompted changes in rape laws there.

Hangu is close to Pakistan’s semi-autonomous tribal regions, which have a strong Taliban and al-Qaeda presence and the area is also known for sectarian violence against Shia Muslims.

“Another innocent young brave soul sacrifices the ultimate gift of life to safeguard “others” that was the foundations of creation for both Pakistan and India
But what happened to our (Pakistanis) dreams and aspirations?Why is it that we the masses continue to suffer and still have to bear sacrifices whilst our elites lap in the glories of luxury gained through corruption and misdeeds?
I believe we are part of the problem as we continue to elect and support these blood thirsty hounds (Pakistani politicians).
When, and if, we gain our self-respect to hold those in power to account maybe young lives may not have to be lost so tragically, they may live happy and fulfilling lives to the good of humanity globally…”
Amjad Pervez, CEO Seafresh

“Aitzaz Hasan – the fifteen-year-old martyr, showed his nation and the rest of us that heroes are not only the super powered, cape-wearing, billionaire-type but are also the innocent and loving third world country kind.
In my opinion, the nature of Aitzaz’s departure from this world is one of the decade’s most saddening affairs, yet at the same time it creates a sense of awe and inspires us to an extent where our spine tingles and our heart warms.
We live in an era where our way of life as Muslims and Pakistanis is looked down upon on a daily basis. However thanks to the gallant actions of this young man, the world can change its perception of Muslims, like myself, as this is how we are meant to be, to put others first and strive to make the world a better place.
I strongly believe that this young man should be honoured around the world and be brought into the public eye of every nation, so that others are aware of his actions which will no doubt result in others gaining the courage to stand up to all those whom oppress the innocent.”
Mani Waheed, MD Squarefoot Apartments 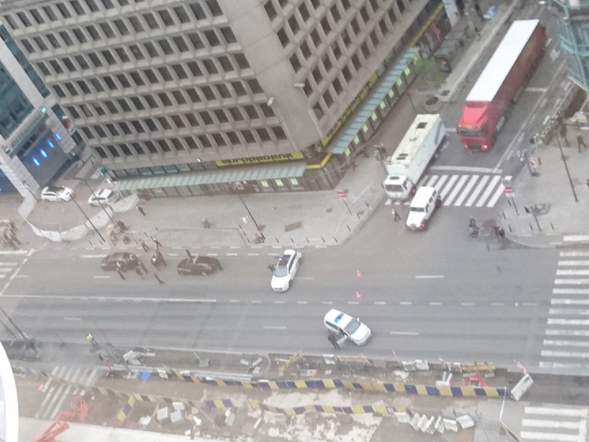