A Huddersfield mother-of-two and her ex-husband pleaded guilty at Bradford Crown Court, of swindling would-be husbands out of around £35,000 in wedding gifts as part of an arranged marriage scam.

Sidra Fatima, 33, had posed as an available and willing bride on an Asian marriage website and admitted to a series of fraud charges involving seven different men.

Her former husband Raja Haider Ali, 45, also admitted being involved in six of the wedding cons, which were committed between May 2009 and January 2011.

After their arrests Fatima claimed that she had been forced to take part in the offending by her husband while Ali suggested he was being blackmailed by his wife and had pretended to be her brother-in-law during some of the wedding scams.

A jury at Bradford Crown Court heard last week that the scams were part of a variety of fraud offences committed by the couple to fund their dishonest lifestyle.

In addition to the wedding deceptions Fatima also admitted giving false details about her employment and income in relation to a £171,000 mortgage fraud involving a former home in Coppice Drive, Netherton, back in 2007.

The pair also pleaded guilty on the third day of their trial to charges involving insurance claims for three ‘staged burglaries’ at the same address and Ali admitted fraud charges in relation to money he obtained from a man who thought he would be able to buy their house.

The jury heard that Fatima had not worked since the couple settled in the Huddersfield area in 1999 while Ali had earned a modest declared income as a taxi driver between 1999 and 2009.

Fatima, who now lives in Dewsbury, had described herself on the internet wedding site as being ‘simple and sincere’ and claimed to be looking for someone who could ‘touch my soul’.

But after the would-be suitors had spent around £5000 each on wedding gifts and dowries she ended the relationships.

After the defendants entered their guilty pleas to the various fraud charges Judge Colin Burn agreed to adjourn their sentence hearing until 10th January.

Fatima and Ali, now of Springbank Road, Bradley Mills, were granted bail, but the judge said they must live and sleep at their home addresses and they must also surrender their passports.

Before Fatima entered her guilty pleas Judge Burn indicated that the maximum prison sentence she would face would be 13 months and today he warned both defendants that the offences would almost inevitably result in custodial sentences. 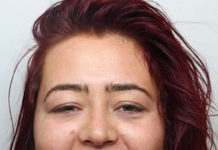 Fat Vat, Bradford homes to be powered through renewable energy